Reactive vs. Proactive IT Operations I: Introduction

First, I’d like to give you some quick perspective on the viewpoint from which this blog series (Reactive vs. Proactive IT Operations) will be

First, I’d like to give you some quick perspective on the viewpoint from which this blog series (Reactive vs. Proactive IT Operations) will be written: I’ve been involved in IT operations management for over 11 years, 9 of them leading enterprise-grade technical operations across small and mid-sized businesses, with larger operations in manufacturing and Ecommerce.

In addition to the technical knowledge and experience I’ve acquired, I’ve had the opportunity to lead multi-cultural teams through both success and failure – yes, failure; as valuable as success when learned from – but of all the things I’ve seen and done in the IT industry one thing surprises me most; something so ‘normal’ yet so detrimental to businesses’ operations and bottom lines:

The constant firefighting between most companies and their IT departments.

It’s too common, and it makes a significant, measurable impact on productivity across all business operations, even going so far as to affect your interactions with customers, suppliers and partners.

That’s why we decided to dedicate this series of blog posts to highlighting the difference between reactive and proactive IT operations – to help business owners/leaders improve their information technology operations.

Why is a proactive IT operational model universally superior?

Over the years, I’ve worked under both operational methodologies – reactive and proactive. Let me state clearly and confidently: the latter is by far is the best model for any company of any size, always. It just makes sense to prevent problems before they ever occur. But for some reason proactive IT operations remain less popular (and less understood – coincidence?) by business and even technical professionals.

Whether you’re a small, medium or large enterprise, the operational model you choose for your technical operations has a direct impact on your business’ bottom line, not to mention your employees’ morale. No one wants to work in an environment where computers are constantly infected with viruses, running slow, crashing, and so on. And no one wants to do business with such an entity, either. Internal tech issues make a direct impact on all operations, including external interactions.

Of course, neither business owners nor leaders want to see their bottom lines impacted or their employees, suppliers or (worse) customers frustrated by computer issues.

So then why all the friction between IT departments and seemingly everyone else?

Well, it usually results from problems that are easily corrected or avoided entirely. That’s the trouble with reactive IT operations: it’s a break-and-fix model that by definition requires systems to fail before problems get solved. Your business’ overall performance and even ability to generate revenue is impacted by the weak link in the chain and your people need fast, stable solutions to resume normal operations.

Unfortunately, that just isn’t possible in a reactive operations model because for action to be taken, you already need to be in some sort of damage control/recovery mode. It’s a high-pressure trap that puts people (and systems) in problems by definition.

Why is this happening?

It is extremely common for organizations to fall into the pressure trap: acting fast to resolve a disruption, reacting to problem rather than stopping, analyzing, and implementing a solution that not only corrects the deficiency but prevents it from reoccurring.

This is what I call solid, sustainable evolution.

And this is nobody’s fault – not the company, the leaders nor the employees. It’s the status quo, and breaking it is everyone’s responsibility. When the unexpected does occur; stop, acknowledge a problem exists, and vocally advocate changes that will benefit everyone as a whole.

Of course for this to happen, maintaining an open company culture is critical. Again, I won’t mince words: this is the responsibility of business leaders. Failure to nurture an open culture where everyone’s voice is heard equally by default will stop any type of evolution, burying your company in what I call a chronic state of inefficiency and involution.

What does it mean for your business?

In this series of blogs, Reactive vs. Proactive IT Operations, I will be outlining the specifics of the reactive model and how it looks in the wild. Later in the series, I will do the same for the pro-active model, describing its function and appearance in detail.

We’ll compare each model’s pros and cons – neither is perfect, as with anything in life – its relation to short and long-term business objectives, and how it can impact or contribute to the bottom line both from within your company and through interactions with third parties.

In the near future, I will launch a more ambitious blog series (From Reactive to Proactive IT Operations) providing guidance on how to progress from a reactive to a proactive IT operational model. This series will consider the critical and interconnected roles played by technology solutions, business culture, leadership & human resources, detailed planning & vision and good old perseverance in effectively transforming a reactive model to a proactive culture.

Making IT Work for Small Businesses

To deny that our dependency in technology keeps rising every year is to be living in a perfect state of denial. If we spent 2 minutes reviewing all the impacts information technology has had in our... 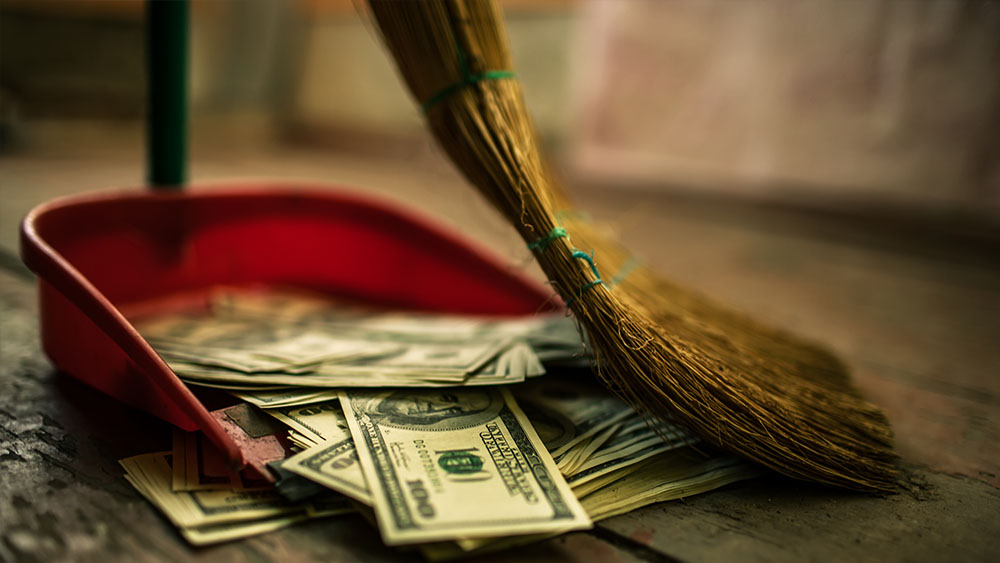 The 3 Worst Logistics Sales Operations Problems to Have

Small and mid-size logistics organizations have built much of their customers based on relationships, networks, and word-of-mouth. Although this strategy has proven effective for building lasting...

It’s not uncommon to see small and mid-size warehouses struggle with operational inefficiencies. In meeting with many warehouse managers and carefully analyzing theirwarehouse operations, one common...